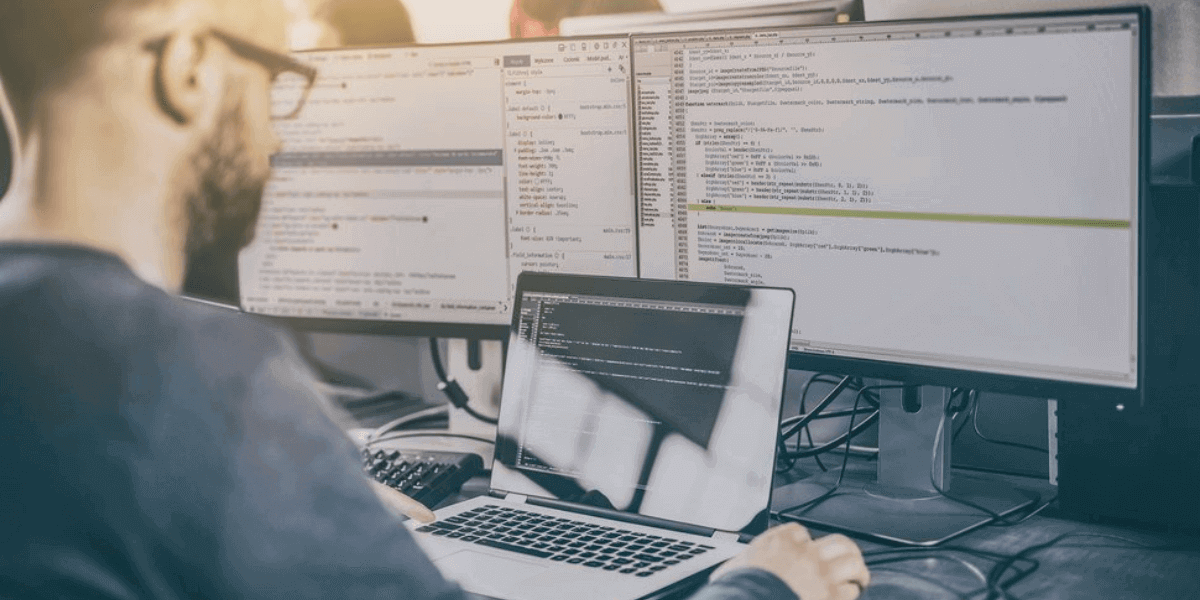 Measuring The Efficiency Of Algorithms

Computers can solve an event in different ways, we call these ways algorithms, each algorithm works differently from the others and has different processing times.

Since each algorithm takes a different path, its efficiency can vary, and the efficiency of an algorithm is most important to the programmer.

This article is made to show you how to use the commonly used time complexity to measure the efficiency and speed of different algorithms. Good Readings!

We will measure the efficiency of algorithms, so we need to know what is the definition of algorithms and why we use them in computer science.

The set of steps specifying what operations the computer should perform on the given input is called an algorithm.

In basic, algorithms are a set of steps for creating output with inputs, for example, if you want a sum is 2 numbers, your algorithm is like in the below diagram.

Now that we know what algorithms are, let’s learn how to measure their efficiency. Let’s start with the first function.

How to Measure Efficiency of Algorithms

With the help of Big O notation, we can calculate how much time an algorithm spends based on the given input.

The running time of an algorithm is expressed in terms of how fast it grows in relation to the input in Big O notation.

In the Big O notation, the input is expressed with (n). For example, if an algorithm’s running time grows according to the input, it is O(n) and if it is a constant value, “n” is ignored and displayed as O(1).

As indicated in the graph, the running time of an algorithm depends on the input and the number of times the algorithm runs (repeats).

The fastest algorithms are included in this class, they do not increase or decrease their running time according to the input. it’s is shown like this O(1).

As can be seen, the size of the input (data) does not change the number of operations, and thus the running speed of the algorithms always remains the same.

An example would be using index numbers to access elements of a particular array. No matter how large the data is, a single operation is performed and the runtime does not change.

These algorithms should not contain loops, recursions, or calls to any other non-constant time function in order to remain constant. The run-time of constant-time algorithms does not change: the order of magnitude is always 1.

When the time complexity increases proportionally to the size of the input, it is called linear time reciprocity and is denoted by O(n).

Things like Loops and Recursion must be present in these algorithms, otherwise, it cannot increase the number of input operations, thus not increasing the runtime.

We will create an example of O(n) time complexity in Python so we can grasp exactly how these algorithms work.

The algorithm we will create is a linear search algorithm. With the help of this algorithm, we will search for the data that the user wants in an array.

Since this algorithm tries every element in each index until it finds 25, it works in O(n) time complexity, that is, it performed 25 operations for 25 inputs.

In this type of algorithms, the time it takes to run grows directly proportional to the square of the size of the input. It’s shown is O(n²).

You shouldn’t use these algorithms where there is a lot of input. If you have to use it, separate your input one by one, otherwise you will have trouble.

We don’t recommend using these algorithms if you don’t have enough time and resources, but if you have them and a different algorithm won’t work, you can use this algorithm.

Let’s perform the bubble sort algorithm we gave as an example on Python and measure its efficiency.

Since the algorithm here tries all the indexes 2 times, O(n^2) time complexity occurs, for example, if 5 inputs are given, the algorithm will run 25 times.

In exponential time algorithms, the growth rate doubles with each addition to the input (n). It’s shown O(2^n).

Algorithms with this time complexity are often used when you don’t know much about the best solution.

Attention, the range in the operation count axis in the table has been increased. You can see that it takes about 100 times more time than other tables.

Brute-Force algorithms often use this time complexity and initiate a new operation as soon as possible to achieve the correct result.

Exponential time complexity is often seen in Brute-Force algorithms. These algorithms blindly iterate through the entire field of possible solutions to search for one or more solutions that satisfy a condition.

An algorithm is said to run in logarithmic time if its time execution is proportional to the logarithm of the input size.

This means that instead of increasing the time required to perform each subsequent step, the time is reduced by a magnitude inversely proportional to the input “n”.

Let’s look at the working logic, the algorithms in this category organize the tasks according to the divide and conquer logic, firstly, the tasks are divided into subparts and each piece is solved one by one, saving time.

An example of this time complexity is binary search, below you can find the working steps of the binary search algorithm.

We talked a lot about the Binary Search algorithm, let’s build it on Python.

As can be seen, the list was divided into two from the pivot point, then the range of the desired number was determined and only the values in the range were scanned.

O(n^2) algorithms generally provide poor efficiency, it is better to use O(n * log(n)) algorithms instead.

These algorithms occur when O(log(n)) algorithms are used together with O(n) algorithms, for example, Merge Sort can be given.

This time complexity can be a bit confusing so I’ll explain further on the code. Let’s start writing the quick sort algorithm.

The given input is split into two from the specified pivot point, and the two parts are sorted separately in O(n) time, and finally combined.

Sorting all values in one row requires O(n^2), but if you split it into two parts, the algorithm runs at O(n * log(n)) time complexity.

Summary of the Time Complexity

Let’s make a brief summary of this article, in this section the most important properties of time complexities will be covered.

Now, there is one last thing left to measure the efficiency of your algorithm, examine your code with the help of a debugger and try to fix the parts that have poor performance.