GitHub Copilot was introduced last year and continues to make it easier for developers with nice updates to date.

GitHub announced a new feature at the annual conference this week, with this feature developers will request code snippets using their voice via natural language recognition.

When the developer says “Hey, Github” It will activate like a voice assistant. Beyond requesting code, GitHub Copilot can use for going to a new line, controlling the IDE, etc.

Copilot’s voice feature currently only works with Visual Studio Code, but GitHub plans to expand support in the future.

A class action lawsuit was filed this week against Microsoft and OpenAI to determine if the feature violated the developers’ rights by scraping their code and not providing the necessary attribution.

“Users currently have no methods besides serendipity and educated guesses to know whether Copilot’s output is copyrighted by someone else.”

While Copilot is currently only useful for completing lines of code – similar to Gmail’s Smart Compose – Microsoft has touted that the feature will improve to suggest much larger blocks, like the entire body of a function.

Copilot is available with a 60-day trial, after which it costs $10/month or $100/year. A waitlist is currently in effect for the new voice feature. 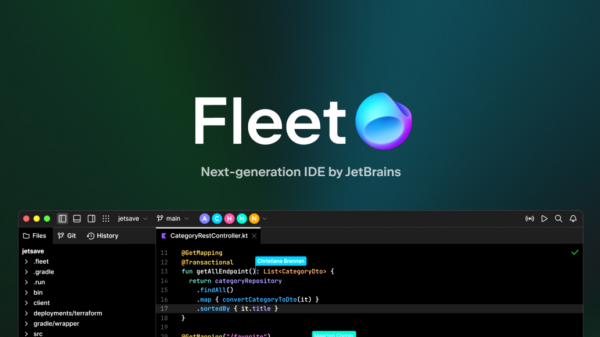 JetBrains Fleet IDE is a brand-new multi-language programming editor from JetBrains. JetBrains attempts to rebuild the IDE from the ground up. The Fleet is...