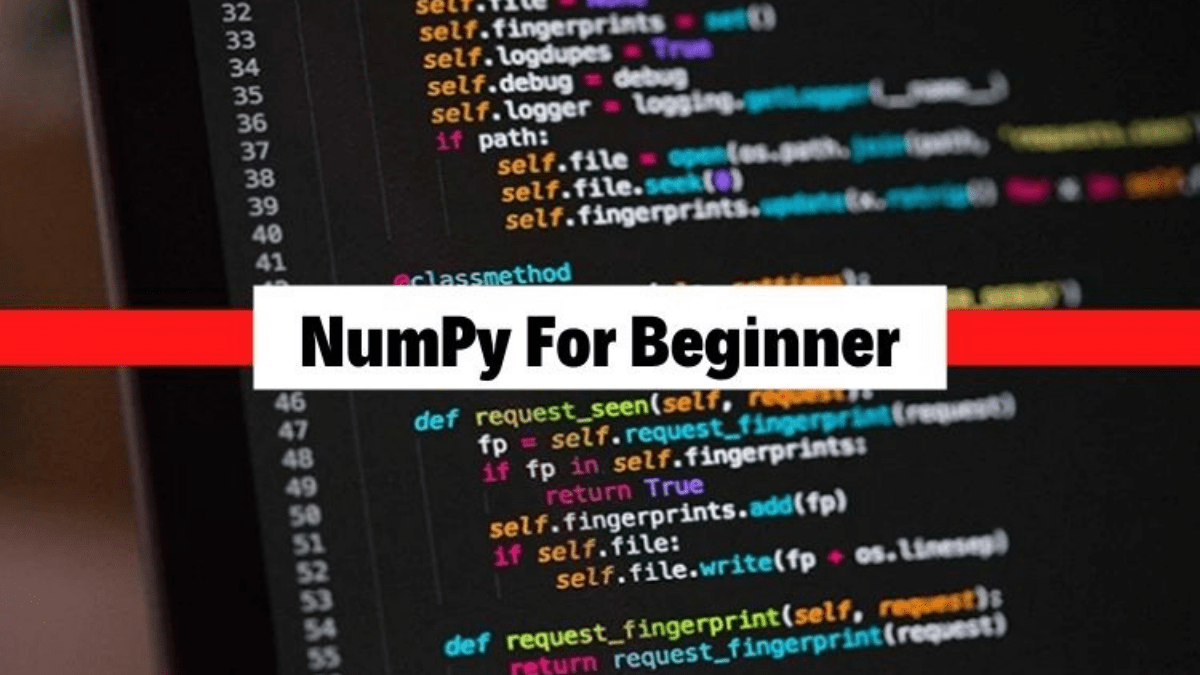 We learned about matplotlib and pandas libraries in previous lessons. We are starting to learn the NumPy library which is as important as these, after finishing this library Tensorflow lessons will start.

NumPy library helps us to do mathematical operations and we can customize datasets by using them with pandas. NumPy offers us great features and is compatible with other libraries so let’s get started with the first lesson of the NumPy library.

What you should know before you start

Setting Up the Project

The concept of the array is found by default in python, the difference of numpy array is less space, faster than lists, it has optimized functions. Using a numpy array is more convenient and useful than using lists.

The easiest way to find out how many dimensions the Array has is to use the ndim function.

Indexing is very similar to lists so it is easy to understand. Indexing is used to access data in the array. You can find an example indexing below.

Calling index one by one may sound boring. However, there is an easy method for this, you can pull the data from the beginning to the last number with “:”.

We use the panda’s library to create a usable series with the Numpy series. Numpy can be used to create null values. You can also use Numpy’s linspace function to generate test data.

We have two functions to fill or delete empty values, they are fillna() function and dropna function. Let’s first examine the more used fillna () function.

The argument given to the function is the value to be written instead of the null value, the value of the argument can be of any data type. Now let’s examine our function that deletes columns and rows containing null values.

The dropna function is used to delete the column or row containing the Nan value. You can select the structure you want with the axis. If you use 0, it deletes the row. If you use 1, it deletes the column. (Series does not have columns, so it cannot be used as axis 1, you can use it over DataFrames.)