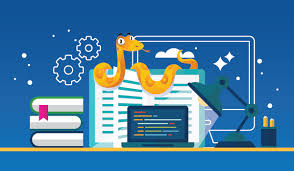 In this tutorial, we going to look at python basics for data science. We going to learn “output, variable, input, basic function, and basic programming info” Let’s start the tutorial.

We will use this concept a lot, so it will be better to learn at first. It is a string of commands used to perform a certain set of operations. It is also called the parts that perform the given task.

What Is The Argument?

mostly used for customizing functions, can be like variables for functions. it will be further reinforced with examples so we took a brief look at it.

We wrote Hello World, but we don’t write “Hello World” we will see the reason for this in variables, now we going to learn basic print arguments.

One of the first topics taught at the beginning of programming is variables. We will now look at a variable and examine it. We will look at 5 basic variables in this course, they will be int, string, bool, char, and float.

Variables are structures that hold a value inside. used to store the same type of data

Did you see, we used again “Hello World”, quotes show us that this data is a string so we didn’t see quotes on the console. They hold data in variables, but this data is temporary and is deleted and rewritten when you start the program again.

This function will make your job very easy at the beginning. With this function, you can find which variable is of which type. For example, you created a new project and you have a value but, you forget this data type, in this case, you can use the type function.

You need to print() function to write on the console.